During the Rhine voyage of the Sterke Yerke III in 1979, the well-known square bottle was thrown into the river Rhine at various places.

This contained a postcard addressed to the finder of the bottle with the request to return the postcard with location to the Sterke Yerke foundation in Leeuwarden.

Furthermore, for the continuation of the ‘bottle plan’, the crew would throw 1000 bottles overboard twice. The first 1000 bottles with blue reply cards were discarded on August 28 at Land’s End (the tip of Cornwall, in the southwest of England).

Of these 211 bottles were returned and came from the south and west coast of England, southern Ireland and the west coast of France and the Netherlands. A year later, 3 bottles of the Danish northwest coast were also returned. The last 1000 bottles with orange reply cards were thrown overboard on 27, 28 and 29 October south of the Canary Islands, shortly after leaving Las Palmas. As far as we know, bottles have not been recovered from this last dropping. In retrospect, that may not be surprising. These bottles would have been taken with the sea current to the other side of the ocean, were it not that the bottles will not have reached the crossing due to damage to the closure by the sea water and the sun and will therefore lie somewhere on the bottom of the ocean .

The result of the sites can be read on the enclosed picture. 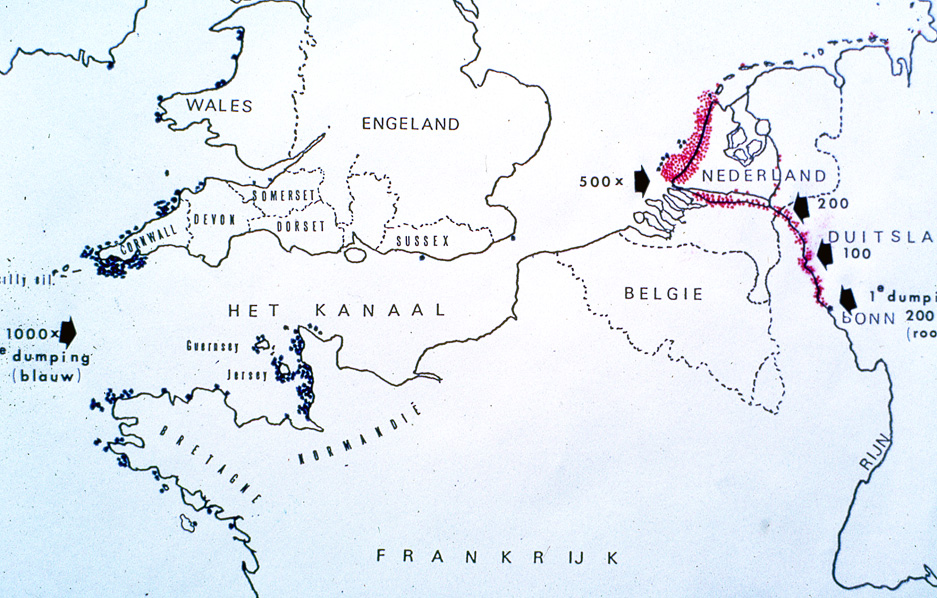 Locations of the square bottle.