After a 154-day voyage from Harlingen to the Netherlands Antilles, fate strikes in the night of December 14th, 15th, 1979. The raft maneuvers erratically on the east coast of Bonaire. The wind has fallen away after a storm and the Sterke Yerke has been hit by the storm and currents. There is nothing else waiting for the raft and the crew to get ready for a stranding on the coral reefs of the coast on Bonaire. At 23.30 hours fate strikes. The raft is beaten with crew on the rocks of Washikemba. The stranding is a fact. 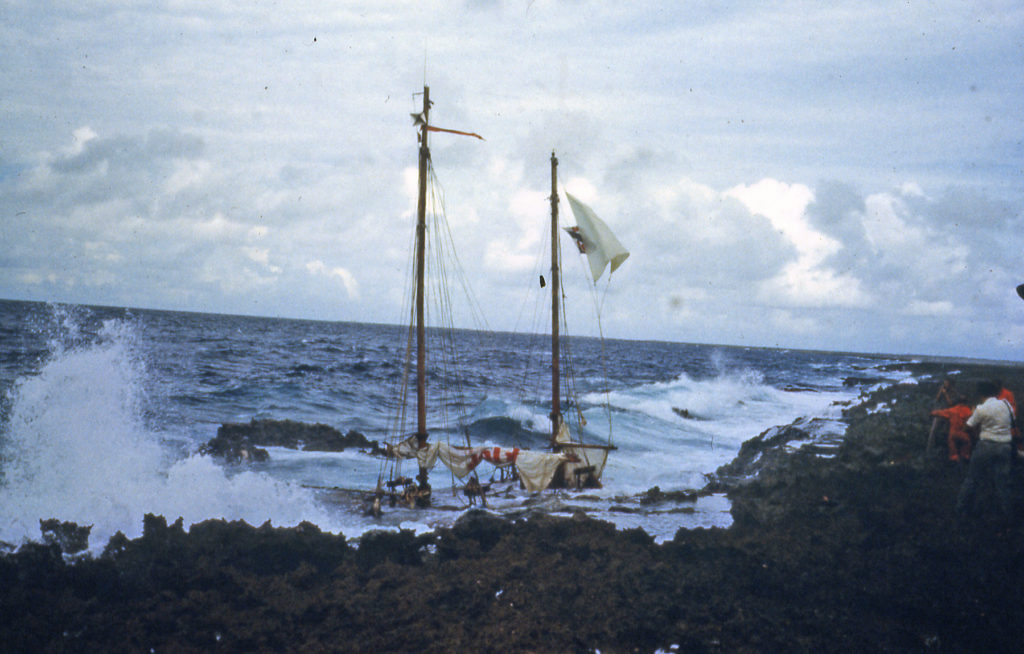 The raft is battered on the coral rocks on the east coast Washikemba on Bonaire.

The crew knows how to secure themselves. Around 2 am, surprised islanders come to meet the shipwrecked people from the rocks. A bit later they are facing a police officer at the Kralendijk police station. The names of the shipwrecked are recorded. The next morning at 07.00 we are back at the place of the stranding. The raft is battered. Soon plans are made to pull the raft smoothly. An operation of more than four weeks follows. Eventually the crew returned to the Netherlands on January 12, 1980. Without that easily. The raft has been given a provisional seaman’s grave at a depth of 60 meters on the east coast of Bonaire. The only thing that is reminded of the location of the beach is a monument erected by the population, which points to the location of the beach. The monument has been given the shape of the letter Y. The symbol of the Sterke Yerke III. 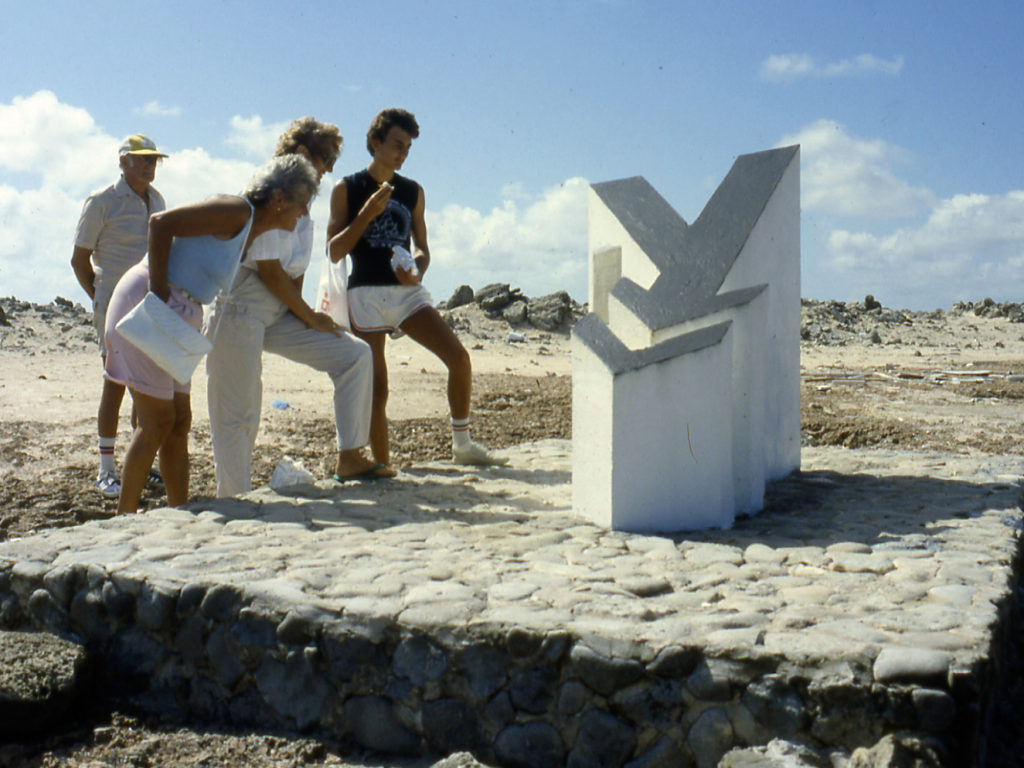 Those interested in the monument of the stranded raft the Sterke Yerke III. The monument points to the location of the stranding on the east coast of Bonaire. (Washikemba)